This upcoming September C Major is celebrating Verdi's centennial with a set of all 26 Verdi operas from Parma. The first three opera Un giorno di Regno, Oberto and Nabucco are scheduled for September 25 with more news to come in the coming days. Check out the pictures below.

Posted by Unknown at 1:57 PM No comments:

Two new DVDs for Jonas Kaufman and One for Renee Fleming

Decca has just announced the release of the Met's Rodelinda sung by Renee Fleming and Andreas Scholl. The DVD conducted by Harry Bicket also stars Stephanie Blythe and the production was directed by Stephen Wadsworth.

Jonas Kaufmann will have two new DVD releases this fall. The first being the long delayed Konigkinder with Isabel Rey from the Zurich Opera released by DECCA and finally the Royal Opera House will release Jonathon Kent's Tosca on EMI. The production stars Angela Gheorghiu, Bryn Terfel and Jonas Kaufmann and is conducted by Antonio Pappano. It will be released first in Europe and then later released in the USA.

Posted by Unknown at 6:18 AM No comments:

What do you think of these New Production Pictures?

With one month away from the Met' opening season, we wanted to know which New Production Picture appeal to you Most?

Tell us what you think!
Posted by Unknown at 7:58 AM No comments:

Yesterday the Met announced another round of cancellations and replacements. The big winners were two operalia winners who have yet to gain international stardom. Here is what the Met Press ofice released:
Janai Brugger makes her Met debut as Liù in Turandot on October 30 and sings the role on November 2, 5, and 9. Brugger replaces Takesha Meshé Kizart, who is recovering from recent abdominal surgery.
Guanqun Yu replaces Sondra Radvanovsky as Leonora in Il Trovatore on October 17, 20, and 25. This role marks her Met debut as well.
Posted by Unknown at 6:27 AM No comments:

Notable CD and DVD releases for the month of August

This month ArtHaus rereleases some classic performances and new versions of beloved operas get releases. 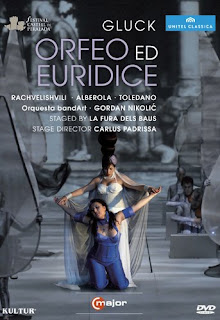 C Major and Kultur team up for the release of Orfeo ed Euridice with the rising star Anita Rachvelishvili in the title role. The DVD features yet another visually spectacular production La Furia del Baus from the Festival Castel del Perlada. The performances is conducted by Gordan Nikouc.
Continue Reading »
Posted by Unknown at 6:59 PM No comments: 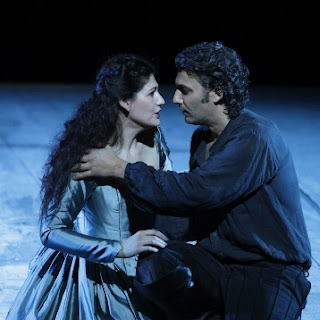 Salzburg comes to an end, rumors of the upcoming festival are already spreading. Like all houses, the Salzburg festival will celebrate the centennial of Wagner and Verdi with two Wagners and three Verdi's. They will also present one Rossini work and of course one Mozart.

The Verdi works that will be shown are Il Trovatore with a rumored Placido Domingo as Luna, Don Carlo with Jonas Kaufmann, Anja Harteros, and Rene Pape and Nabucco in concert.

The Wagner's will be Die Meistersinger with Michael Volle and a concert version of Rienzi.

Finally La Cenerentola and Cosi Fan Tutte will both get new productions. Cast have not been announced yet. More information to come very soon.

Posted by Unknown at 6:19 PM No comments:

The Ring Cycle to be released on September 11!

On September 11th the Met will finally release the DVDs of Robert Lepage's Ring Cycle, a week before it airs on PBS.


The press stated that Robert Lepage's much-debated staging of Wagner's "Ring" cycle will be released on DVD and Blu-ray next month ahead of the 200th anniversary of the composer's birth in May.

Deutsche Grammophon said Monday it will issue the Metropolitan Opera's staging of "Der Ring des Nibelungen" in sets of eight DVDs and five Blu-ray discs on Sept. 11.
Lepage's production features a 45-ton set of 24 planks that form the scenery.
Alex Ross wrote in The New Yorker that "pound for pound, ton for ton, it is the most witless and wasteful production in modern operatic history." Anthony Tommasini wrote in The New York Times that while "the machine represents a breakthrough in stage technology," it was "the most frustrating opera production I have ever had to grapple with." 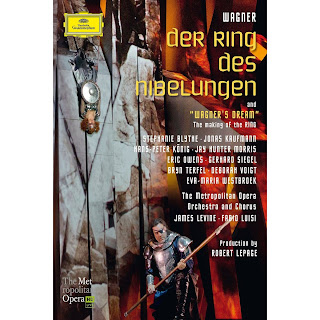 Conducted by James Levine and Fabio Luisi, the cycle stars Bryn Terfel, Deborah Voigt and Jonas Kaufmann.
The suggested retail price is $147.98 on DVD and $159.98 on Blu-ray.
Posted by David Salazar at 7:43 PM 1 comment: 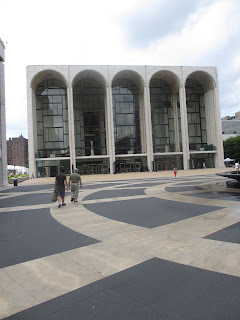 The met opened its box office to Subscribers and Patrons where hundreds of people lined up to get their tickets for the upcoming 2012-2013 season. Although the line was a bit shorter from last year, many were enthusiastic about the new productions especially Maria Stuarda which will have its Met premiere on December 31. It will be interesting to see what productions are immediately sold out next week when it opens it doors to the general public.

Here are some pictures of today's line. 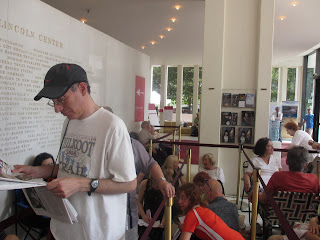 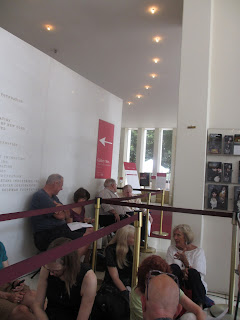 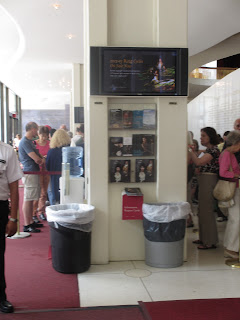 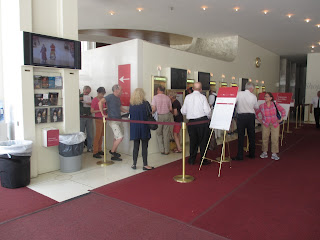 Posted by Unknown at 6:44 PM No comments:

The full performance of La Boheme from Salzburg has now been uploaded on Youtube. Here it is!
Posted by Unknown at 9:19 AM 1 comment:

The premiere of La Boheme airs tonight on ORF in Europe. However those who do not have access to those channels here in the states can listen live on RAI 3 linked here. The performance begins at 7:30 Salzburg time.

Posted by Unknown at 9:28 AM No comments: