Just a few days ago I posted that Sony was planning on Releasing Two new Jonas Kaufmann DVDs and that they were getting there act together. Now it seems like they will be releasing Don Carlo as well. It seems like the company has obtained the rights to all the recent Salzburg performances including this extraordinary performance. The company has yet to announce a Fanciulla del West release but perhaps that could be their future plans. For now it is rumored that Sony also has plans on releasing the new Don Giovanni from Baden Baden so stay tuned for upcoming news.
Posted by Unknown at 9:39 AM No comments:

With the Met announcing the 2014-15 season in the next two weeks, Met Wiki has provided an updated list of what the season is looking like. A couple of changes from the previous list revealed a number of months ago include Jonas Kaufmann singing Don Jose in Carmen instead of Don Carlos, Anna Netrebko singing Lady Macbeth in Macbeth with Zeljko Lucic, Rene Pape and Joseph Calleja. Nathan Gunn has also been added to the cast of the Merry Widow while Eva Maria-Westbroek will perfom the role of Santuzza in Cavalleria Rusticana. Bryan Hymel has been added to the cast of La Boheme and Piotr Beczala will sing Un Ballo in Maschera instea do Yonghoon Lee. Meanwhile Bryn Terfel Emily Magee and Matthew Polenzani will not sing the revival to Die Meisteringer. A Number of Opera are still missing casts including Die Zauberflote, Hansel and Gretel, Lucia di Lammermoor, and Il Barbiere di Siviglia.

For the Complete List of Rumors Click Here. And Tell Us what Your xcited for and what you think will be the HDs of the year.
Posted by Unknown at 9:31 AM No comments:

The second is the biggest surprise yet. The Ariadne auf Naxos which was acclaimed two years ago will finally get a release. The DVD stars Emily Magee who collaborated with Kaufmann on Tosca and Elena Mosuc. Daniel Harding the Vienna Philharmonic from the Salzburg festival.

The last release which I had already announced is The Met incredible Parisfal with Rene Pape, Peter Mattei, Katarina Dalayman and Evgeny Nikitin.

With so much content on the way it is likely Sony will also release the Don Carlo from Salzburg and even the latest Fanciulla del West. In Any case lets not get a head of ourselves and enjoy the great news.
Posted by Unknown at 9:02 AM No comments:

The Chicago Lyric Opera has Announced the 2014-15 season with many of operas greatest stars singing at for the company. Among the singers include Mariusz Kwieicien, Renee Fleming, Stephanie Blythe, Eric Owens, Denyce Graves, Bryan Hymel and Sondra Radvanovsky.

Continue Reading »
Posted by Unknown at 6:44 PM No comments:

Renee Fleming to Perform at the Suprbowl

Renee Fleming will become the first opera singer to perform the national anthem at the Superbowl. The Superbowl will feature the Denver Broncos and the Seattle Seahawks and will be held at the MetLife Stadium in East Rutherford, N.J., on Feb 2.
Posted by Unknown at 8:58 PM No comments:

Last Years Don Giovanni with Erwin Schrott and Anna Netrebko is now YouTube. The performance is slated to be released on DVD by Sony Classical. There is no date set yet but Youtube has the complete performance available.
Posted by Unknown at 9:14 AM No comments:

In a written Statment Mezzo Soprano Elina Garanca has announced the birth of her second daughter
Here is the statement:

Karel Mark Chichon and Elina Garanca are delighted to announce the birth of our daughter, Cristina Sophie Chichon, a sister for Catherine Louise. Cristina was born on 10 January 2014 and both mother and little Cristina are doing very well.

Our family is now complete and we embrace the future full of joy and new experiences. 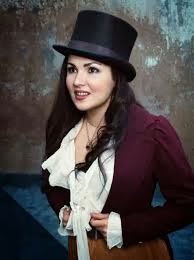 Anna Netrebko was not present at the final dress rehearsal of L’elisir d’amore  creating rumors of a potential cancellation. Rumor has it that the recent split between Netrebko and Schrott was the reason. Others state that the insane weather has delayed her flight. In case of a cancellation the question that holds everyone's mind is who will sing the role of Adina if Netrebko cancels.

UpDate: Andriana Chuchman  will sing the first performances of L’elisir d’amore"  replacing Anna Netrebko who has the flu
Posted by Unknown at 1:20 PM No comments:

Notable DVD and CD Releases for the Month January and February

The January slate of DVDs looks dry at the moment. As a result I have decided to preview some of February's releases.

The first release is the Met's latest "Eugene Onegin" starring Anna Netrebko and Mariusz Kwiecien. The release the marks the Met's first DVD release since Verdi's Rigoletto. It also marks the second Onegin the company releases. The production which opened the 2013-14 season also stars Piotr Beczala and was conducted by Valery Gergiev.

Continue Reading »
Posted by Unknown at 5:36 PM No comments:

For those who missed the livestream if La Forza del Destino on December 28, here is a youtube link. The link will most likely to be taken off in a few days so if you are interested watch it as soon as possible.