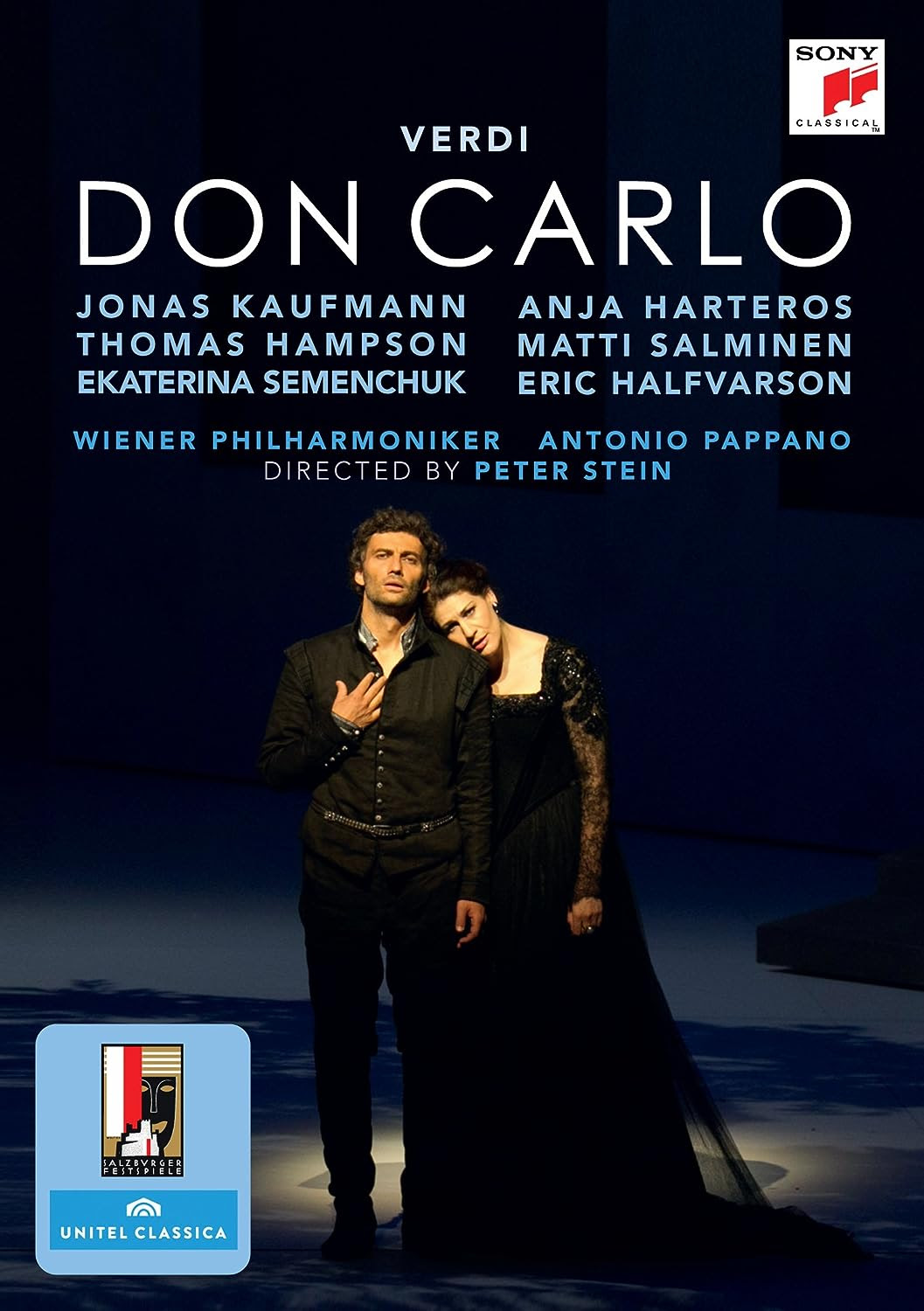 Just a few days ago I posted that Sony was planning on Releasing Two new Jonas Kaufmann DVDs and that they were getting there act together. Now it seems like they will be releasing Don Carlo as well. It seems like the company has obtained the rights to all the recent Salzburg performances including this extraordinary performance. The company has yet to announce a Fanciulla del West release but perhaps that could be their future plans. For now it is rumored that Sony also has plans on releasing the new Don Giovanni from Baden Baden so stay tuned for upcoming news.
Posted by Unknown at 9:39 AM