Renee Fleming's acclaimed version of Strauss' Ariadne Auf Naxos will be released on Decca. The opera will be released in June and also stars Sophie Koch, Robert Dean Smith and Jane Archibald.

Other DVD news include a new Le Comte Ory with Cecilia Bartoli and Jonas Kaufmann's acclaimed Parsifal for Sony Classics. The Marinsky Theater will also release their second opera; Prokofiev's The Gambler.

Posted by Unknown at 9:25 PM No comments:

The Baden Baden performances also star Anna Netrebko, Malena Ernman, and Charles Castronuovo. If this is true perhaps, this may be the reason why Teatro Alla Scala and the Met's recent broadcast never appeared on DVD. The next question is will the production be released on Deutsche Grammophon and when it will be released?

The first image of Il Trovatore from Berlin has been revealed. The images come from the Wiener Festwochen. From the looks of the pictures, Philipp Stolzl has set the work in the Elizabethan times. It should be interesting to see Placido Domingo and Anna Netrebko in these frocks.

Continue Reading »
Posted by Unknown at 9:03 AM No comments:

It may be a day late but Happy 200th Birthday to one of the greatest Composers of our time. May his Music live on forever.


Now tell us what is your favorite Wagner opera!

Posted by Unknown at 7:11 AM No comments:

Anna Netrebko confirmed that she is recording Britten's War Requiem with Antonio Pappano. According to the Anna netrebko blog she told a fan while she exited the the Baden Baden performances of Don Giovanni

Thomas Hampson also confirmed that his latest Simon Boccanegra performances with Kristine Opolais and Jpseph Calleja would be recorded for DECCA and released next year.
Posted by Unknown at 9:38 PM 1 comment:

For the first time I must admit I enjoy something that Cecilia Bartoli is doing. Her new Norma recording is currently being streamed for free on the Guardian and it is quite incredible. The recording also stars Sumi Jo and John Osborn. She will open a new production at Salzburg this month.

Tell us what you think of this unconventional Norma and tell us if it meets the dramatic demands required today.
Posted by Unknown at 8:19 PM No comments:

I always hate comparing but I wanted to know what you guys think of these Nabucco performances from these two veteran artists with the great Liudmyla Monastyrska?

It seems the Met has cancelled the revival of the Ring Cycle and has decided to replace it with a new production of Rusalka and a revival of Die Fliegende Hollander.

According to Parterre the company’s current production of Der Fliegende Holländer will return for five performances, featuring Michael Volle, Christine Goerke and Jay Hunter Morris.  The Met will introduce a new production of Rusalka, with Kristine Opolais.

They also revealed that Eric Owens will star in the L'Amour de Loin which will replace the highly anticipated Messian Saint Francois d'Assise.

Martin Kusej's La Forza del Destino Production was also cancelled and it was rumored to star Jonas Kaufmann, Rene Pape and Dimitri Hvorostovsky. There are no details on what these artists will sing instead.
Posted by Unknown at 9:36 PM No comments:

The following are Salazar Family Circle's awards for best HD performances for the 2012-2013 Metropolitan Opera Season. Those who have followed our blog may recall that this blog started with the 2010-2011 awards and continued last year. For this year's edition we have added a few categories and previously announced the nominees in an older blog post. The past year has been filled with great performances from many of the top singers, rising stars and conductors in the world. The following are the nominees and the winners for my Third annual HD Awards at the MET

Continue Reading »
Posted by Unknown at 2:46 PM No comments:

Blythe Out of Das Rheingold on Saturday 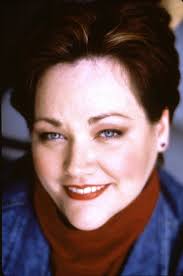 The Met press office: “Elizabeth Bishop will make her Met role debut as Fricka in Saturday evening’s performance of Wagner’s Das Rheingold, replacingStephanie Blythe, who is ill. As previously scheduled, Bishop will also sing Mère Marie in Poulenc’s Dialogues des Carmélites on Saturday afternoon—a rare instance of a singer performing principal roles in two different operas in the same day.”
Posted by Unknown at 10:15 AM No comments:

Today at the Marinsky Gala Anna Netrebko Displayed her Verdi skills in Lady Macbeth's first aria. The Aria was recorded in her latest Album and she take on the role next year. Olga Borodina, Placido Domingo, Rene Pape, and Alexy Markov also performed under the direction of Valery Gergiev.

Posted by David Salazar at 3:46 PM No comments: