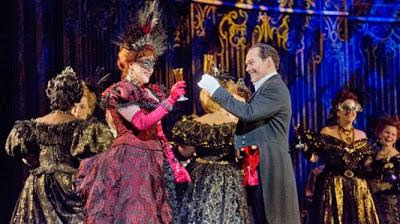 Happy New Year to all and may it be a wonderful one filled with happiness and love. Thank you all for a wonderful 2013 and lets make 2014 a great year.
Posted by Unknown at 6:57 AM 1 comment:

The Bayerische will present the new production of La Forza del Destino on their live stream series. The production stars leading tenor Jonas Kaufmann and German soprano Anja Harteros. Ludovic Tezier and Nadia Krasteva will also perform with Asher Fisch conducting Martin Kusej's new production. The production will also mark the Third Verdi collaboration between the Harteros and Kaufmann after successful runs of Il Trovatore and Don Carlo. Here is the link to the Live Stream.
Posted by Unknown at 7:32 AM 1 comment:

Merry Christmas to all our followers and may you share the day with happiness.

Thanks to one of my readers I have found out that Jay Hunter Morris has The Flying Dutchman on his website schedule. The tenor is scheduled to sing the role of Eric in April and May of 2017. According to the Met Futures Wiki the cast will be lead by Christine Goerke and will also include Michael Volle as the Dutchman. The Met has not confirmed the news yet but if the singer has on his website it will most likely happen this way.

Jay Hunter Morris is best known for his role as Siegfried which he performed in Robert Lepage's latest production. He also performed Moby Dick at the Francisco Opera filling in for Ben Heppner.
Posted by Unknown at 7:19 AM 1 comment:

Daniela Sindram will sing the role of Octavian and Rúni Brattaberg will sing the role of Baron Ochs in this evening’s performance of Strauss’s Der Rosenkavalier. Géraldine Chauvet and Peter Rose, originally scheduled to sing the roles, have withdrawn due to illness.” So says the Met press office.
Posted by David Salazar at 10:45 AM 1 comment:

Jonas Kaufmann has announced the release of Wagner. The new DVD will be released with C-Major. Surprise surprise that Sony is not releasing it. But then again when does it release any DVDs. Anyways this great news because this was an amazing concert.
Posted by Unknown at 1:02 PM No comments:

The exciting soprano Diana Damrau will open La Scala in a New Production of La Traviata. ARTE will live stream the opera at 3 pm for those of you are excited for this work. Piotr Beczala will sing Alfredo and Zeljko Lucic will sing Germont. So if you saw Rigoletto at the Met last year, then you know what to expect.


Here is a Video La Scala Just released
Posted by David Salazar at 11:06 AM No comments: 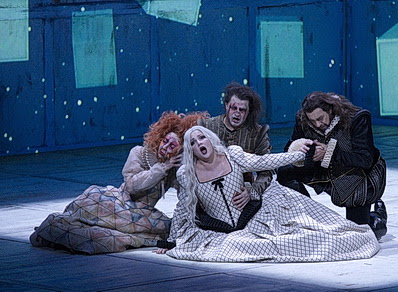 For those who were not in Berlin like me, Here are a couple of clips that were put on Youtube. Enjoy!

Posted by Unknown at 7:03 AM No comments:

Today Maria Callas would have been 90. The legendary Soprano is the greatest soprano and quite possibly one of the greatest inspirations for a number of people including me. Lets pay Tribute to La Divina and Let us Know What your favorite recording of Callas is. If you ever saw her, let us know what was so special about that moment.

Here is one of my favorite recordings by the great soprano:

Posted by David Salazar at 8:31 PM No comments: