Notable DVD and CD Releases for the Month of February

January did not have many great releases but February promises to show diverse operas and rarities for people explore.

The first release is of Rossini's rarely heard work Mose in Egitto. The production by Graham Vick was one of the most controversial at the Pesaro festival receiving a round of boos at the opening night. The Cast however is exceptional starring Sonia Ganassi, Riccardo Zanellato, Alex Esposito and Dimtry Korchak. Roberto Abbado leads over the Bologna Orchestra.
Continue Reading »
Posted by Unknown at 3:47 PM 1 comment:

After having seen the rehearsal of Rigoletto I decided not to do a preview for Rigoletto so that I do not assume anything. I am pretty sure that many will enjoy the production which is in Las Vegas. The opera is very much traditional and it will not have much controversy as Micael Mayer is very respectful to Verdi. The production stars Piotr Beczala, Diana Damrau, and Zeljko Lucic. Michele Mariotti conducts.

Posted by Unknown at 7:21 PM No comments:

The Met has released the first video of their 1960s Vegas production from yesterday's rehearsal. The production is quite striking if a bit safe. More it later. Enjoy the video!

Posted by David Salazar at 8:03 AM No comments:

Thee New York Times has revealed that the Met will be on 60 minutes for CBS to promote their New Rigoletto production. Additionally Michael Mayer will be making a documentary of his own which was also filming at rehearsals of the opera. For more information click here. Below there are new pictures of Rigoletto so you could enjoy as we wait for the premiere on Monday.


Continue Reading »
Posted by Unknown at 9:07 AM No comments: 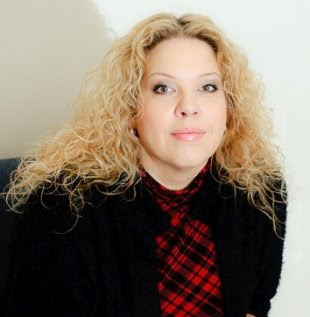 Elena Manistina will make her Met debut as Azucena in the Saturday, January 19 evening performance of Verdi’sIl Trovatore, replacing Stephanie Blythe, who is ill.
Posted by Unknown at 2:01 PM No comments:

Posted by David Salazar at 3:06 PM No comments:

The Production
Bartlett Sher made his third production with Le Comte Ory. He set the opera within a theater and it was supposed to be an opera within an opera. The concept was confusing because in the end the production did not work. Critics called it incompetent and stated that "Michael Yeargan's sets looked like something middle schoolers could knock together from cardboard boxes and shower curtains. But even they might have passed muster had Sher placed even a single witty scene before them. Instead, he settled for breast-grabbing, butt-groping and enough hammy business for actor Rob Besserer, in an extraneous role, to steal focus from every musical or dramatic climax." Some were less harsh stating that while it did not work they would accept it. The New York Times was one of the few to enjoy the production stating that Sher brought Nuance, and intelligence." The production is made up of an old barn of a place, with brick walls lined with candles. Within that big room there is a miniature theater with a low platform stage and a curtain in back." The sets are stark and sometimes boring to look at but if there are good performers on it the production works. With Juan Diego Florez back on board, Sher's production should be as refreshing as the first time around

Continue Reading »
Posted by Unknown at 7:43 PM No comments:

Rigoletto stills have been revealed on the Facebook. The photos show a glimpse of Piotr Beczala, Diana Damrau and Zeljko Lucic in character and on stage. Enjoy!

Continue Reading »
Posted by Unknown at 9:58 AM 4 comments:

Netrebko vs Domingo in Il Trovatore

According to La Cieca it was announced that Placido Domingo will sing Il Conte di Luna in Il Trovatore alongside Anna Netrebko in November. The production would be staged in Berlin and would mark the role debut of Netrebko and Domingo in their respective roles. A Tenor and Mezzo have yet to be revealed.

Meade to the Rescue

“Angela Meade will sing the role of Leonora in tomorrow afternoon’s performance of Verdi’s Il Trovatore, replacing Patricia Racette, who is ill. The performance will be broadcast worldwide over the Toll Brothers-Metropolitan Opera Radio Network. As previously scheduled, Meade will also sing the role on Wednesday, January 16.”
Posted by Unknown at 5:45 AM No comments:

Today Olga Peretyatko announced via twitter and facebook that a release of Rossini Matilde di Shabran will happen very soon on DVD. Juan Diego Florez also stars. Here is the cover.
Posted by David Salazar at 5:30 AM 5 comments: 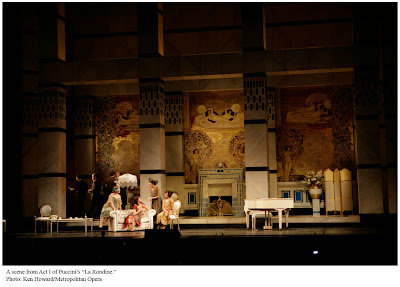 The Production
The production of La Rondine premiered in January 2009. The directing task went to Nicolas Joel whose production had premiered prior to the Met in London at the Royal Opera House. However during the premiere run Joel did not oversee the production because he suffered a stroke and Stephen Barlow took over the task. The production, set in the 1920's features Ezio Frigerio's Art decos quare colums, furniture out of an Astaire-Rogers musical and wallpaper alive with intricate images. The pavilion on the Riviera to which Magda flees with Ruggero in Act III is a sunny room with aquamarine stained-glass walls and ceiling. When the product premiered critics called it "stunning."

A Video of Jonas Kaufmann has been released with footage of his new album Wagner. The album is a celebration of the composer 200th anniversary.

Here is the video 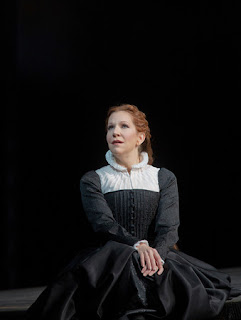 After 200 years in the repertoire, the Met has finally decided to premiere Donizetti's Tudor triology. The Met had originally tapped diva Anna Netrebko to sing all three operas but Netrebko decided on only singing Anna Bolena. David McVicar was hired for the proceedings and Joyce Didonato was tapped for the second of the trilogy Maria Stuarda.

Last year McVicar directed Anna Bolena and received mixed reviews for his dull sets and his lack of clarity in direction. McVicar promised a more romantic approach to his followup production but proved to be even less convincing. The opera has a red curtain of a painting with a lion and a chicken ( or a rooster) representing the power struggle between Stuarda and Elizabeth. It is a good setup if only I understood whether it was a chicken, a turkey or a rooster. McVicar's opening scene seemed to be theatrical incorporating dance as a celebration to Queen Elizabeth's recent engagement. The set is made up of a big red arch similar to Anna Bolena's red bed and a big table/stage. However once the chorus and the dancer's leave the staging becomes stale with absolutely nothing to look at. Leicester sings his aria standing around and then Elizabeth and Leicester confront each other but again they are simply stand around. I don't fault McVicar completely as it is hard to stage Bel Canto Opera but the problem is that this happens throughout the evening. The two opening scenes while well sung did not do enough to engage the audience in the opera and one only waited impatiently for Didonato playing Maria Stuarda to get on the stage.

Diva Angela Gheorghiu has announced her divorce with Roberto Alagna. The couple had announced the same thing back in 2009 when they were about to premiere Carmen at the Met in Richard Eyre's new production. However they were simply rumors. Now Ms. Gheorghiu has stated that she and Robert have decided on friendly terms to separate. She stated that she wants a fresh start to 2013. For more click here to read the full story


Angela Gheorghiu is currently planning her 2013 calendar and is slated to sing in July at the Royal Opera House. Robert Alagna just came off an acclaimed run of Aida at the Metropolitan Opera and will be singing Gustavo in Un Ballo in Maschera a the Vienna State Opera in January.

Posted by David Salazar at 11:29 AM No comments:

Happy New Year to everyone. 2012 was one of the most successful years for this blog bringing new followers and new ideas to the forefront. 2013 will bring more opera reviews, previews, rumors and most importantly more followers. Thank you for a wonderful year and I look forward to more opera this year.

Some of the most popular post this year included Marcello Giordani and Les Trojans, as  well as the Met 2013-2014 season rumors. Our season previews continued to be popular as well as our reviews. For more on our blog join our facebook page linked here or our twitter page.