Villazon returns to the MET 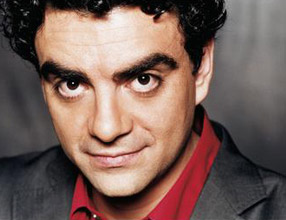 Today it has been announced that Anna Netrebko and Joesph Calleja cancelled there appearances in Japan for the Met Japan Tour. As a result Mr. Gelb scrambled to find replacements and one of those was the beloved tenor Rolando Villazon who was originally scheduled back in 09 to do the tour. After his vocal troubles he had to cancel. Villazon will do one performance of Edgardo in Lucia di Lammermoor alongside Diana Damrau. I want to hear your thoughts on this. Is this a comeback and a reconciliation with the MET or just a one night stand as people are calling it.