Notable DVD and CD releases for the Month of February

This is a bit late but here are this months notable releases featuring some of the greatest opera houses. As a new feature I have added trailers to each of the recordings. 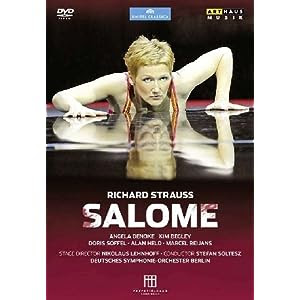 Up first is yet another release of Salome. This one includes the amazing soprano Angela Denoke and the exceptional Alan Held. The performance was recorded from the Baden Baden Festival and conducted by Stefan Soltesz. 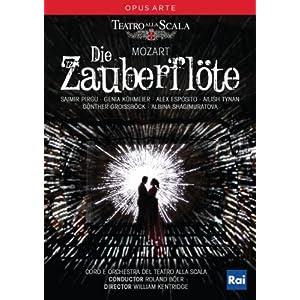 La Scala is known for recording their opening nights and later releasing them. However this Zauberflaote is the one exception. This exceptional production by William Kentridge was hailed for its surrealism and incredible use of lighting. The cast includes the superb Albina Shagimuratova as the Queen of the Night and the young tenor Samir Pirigu. Conductor Roland Boer leads the incredible La Scala Orchestra. 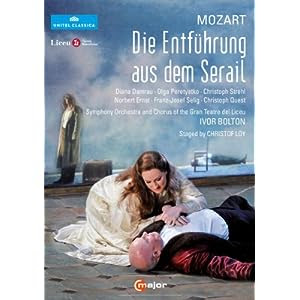 C Major releases the 2010 performance of Die Entfhrung aus dem Serail starring the Mozart specialist  Diana Damrau. Damrau has been hailed for her portrayal of Kostanze for many years and it is great to finally be able to own her interpretation on DVD. The production by Christof Loy is conducted by Ivor Bolton. 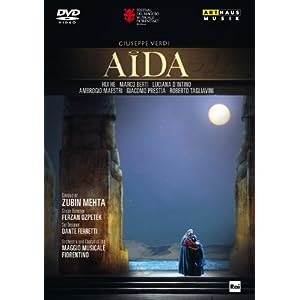 Zubin Mehta leads the orchestra of the Maggio Musicale Fiorentino in a new production of Aida starring Hui He, Marco Berti and the veteran mezzo Lucina D'Intino. Giacomo Prestia and Ambrogio Maestri add star power to the cast. 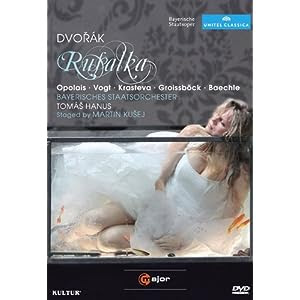 C major releases Dvorak's rarely performed masterpiece in a highly stylized production of Rusalka. The young Soprano Kristine Opolais demonstrates why she is being called Renne Fleming's successor as the greatest exponent of the role. The great Heldentenor Klaus Florian Vogt adds his illustrious vocal power to this production recorded from Munich.
Posted by Unknown at 8:23 AM