The Production
This post is the first to talk about the new productions and as a result, I won't be able to provide more than what has been revealed, speculated, or presented by the Met. Fortunately, half of this production has already been revealed as last year we saw "Das Rheingold" and "Die Walkure." Last year, this production was Gelb's centerpiece for the new season and the production (which apparently cost $16 million plus and consists of 24 planks that weigh 90,000 pounds) was generally met with derision. Robert LePage had hyped the technology that was made up of the aforementioned 24 planks, that not only revolve around the stage to create new shapes and locations, but also project video imagery. His Damnation of Faust Production a few seasons ago was an admirable success and the increasing show of video technology used on the opera stage around the world only added to the anticipation. Add in the price tag and there was great reason to believe that we would be seeing the future of opera and theater in the making.

But everyone now knows how it turned out. The opening night was a laughable failure in which the planks failed to project the intended rainbow effect. The night was salvaged by the tremendous singing, but there were critiques of LePage's lack of direction and vision. When I saw the production in October, I was disappointed to see the full extent of the machine's capabilities. There were a few inspired moments (the descent into Niebelheim), but most of the imagery that comes to mind are the hours of cloud projections which probably would have been equally effective had it been a  traditional set. Then in April, "Die Walkure" premiered to more moderate success. Again the singers saved the day, but the production proved not only that it was still in its experimental infancy, but that it could potentially be dangerous. I will never forget being at the premiere and watching Deborah Voigt fall off the planks as she tried to mount them or Stephanie Blythe almost slipping off the planks. Later in the run, one of the Walkures slid off the plank a little bit earlier than the machine anticipated and fell off the contraption. Fortunately nothing serious happened to her, but it is this kind of event that can distract and potentially frighten an audience. All in all, danger aside, the production was nothing to marvel about either and in many cases hindered the singers. LePage continued to prove that the machine and the tests he could run on it were his priorities. The singers were left without any sense of direction and looked lost throughout the performance. Gelb constantly harps on new "theatrical experiences" being at the forefront of bringing in new productions, but this is one example where that does not ring true.

But fortunately for LePage, he still has two operas left with which he can salvage not only this cycle's legacy, but his own image as a theater director. There has already been a great deal of talk regarding 3D technology for the November premiere of Siegfried (something which I still can't get my mind around; afterall, theater is already performed in three dimensions, so what more could we expect from the technology?). Not much else has been said about Gotterdammerung (which premieres in January). The Met has released a plethora of trailers regarding this new production, which have included fantastical images that have yet to surface in the first two productions, leaving me hoping that they were come to fruition in the next two productions. If this comes true, we could be in for some truly fantastical experiences. 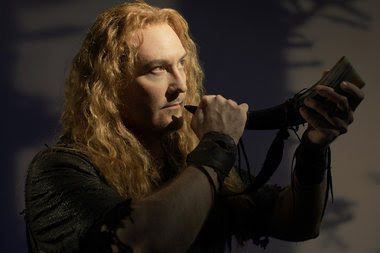 Siegfried
Taking on the leading role of Siegfried in both "Siegfried" and "Gotterdammerung" is Wagnerian Gary Lehman in what is his first true star turn at the Met. He of course sang in the infamous run of Tristan und Isolde a few seasons back (he was the tenor who fell into the prompter's box when the production technology malfunctioned. He has the Wagnerian heft and strength, though he sacrifices the smoothness and elegance of his legato line. Stephen Gould will be taking over other performances of Siegfried and in many ways is the complete opposite of Lehman. Where Lehman lacks subtlety and polish, Gould lacks heft and power. He on the other hand is a Wagnerian tenor who is notable for his sweeping lyricism. He sang "Die Flieglende Hollander" a few season ago and I was truly memorized by the ease and beauty with which he sang Erich. Both should successfully overcome the tantalizing difficulties of these two roles. 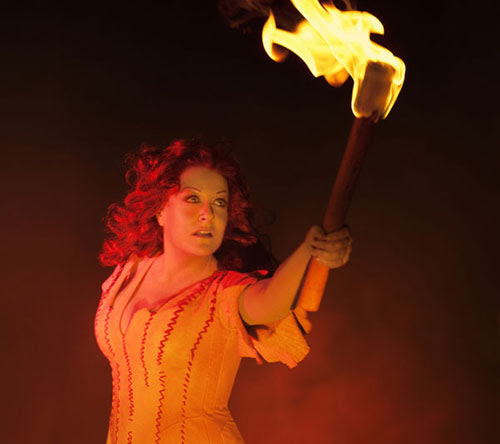 Brunhilde
Deborah Voigt returns to the role of Brunhilde after a success debut in Die Walkure. She was hailed for her rhythmic accuracy and verbal clarity. This time her role is a bit shorter in Siegfried (she sang for about 3 hours in Walkure but only shows up in the final 20 minutes of Siegfried) but still challenging nonetheless. Gotterdammerung is a different story altogether. Though Brunhilde gets significant breaks throughout the opera, she essentially carries the operas for long periods of time, most notably the famous immolation scene which is a notable test for great Brunhilde, both past and present. Voigt showed great confidence in her first Brunhilde and though the challenges will rise, there is no reason to doubt her success in the subsequent roles. The Met's other Brunhilde is Katarina Dalmayan, a notable Wagnerian who has already sung the role of Brunhilde at the Met. Last time the Met had a full cycle, Dalmayan sang Gotterdammerung to tremendous success. She is an assured singer who quite clearly conquers not only the vocal, but dramatic demands of the role. I have not heard her sing the "Walkure" or "Siegfried" Brunhilde, though it should pose no great difficulties for her. Both singers bring different qualities and levels of experience, making them both exciting prospects for the role of Brunhilde.

Wotan
Bryn Terfel returns as the only Wotan to sing all three operas. Last year, he made his Met role debut on opening night to tremendous praise. In April, he continued to gain supporters in another triumphant performance of "Die Walkure." Terfel is a tremendous actor with an expressive voice. It may have a coarse sound in certain areas, but Terfel's vocal capacity and range is a diamond in the rough. In a world where most bass-baritones belt, shout, and groan their way through Wagner's imposing vocal obstacles, Terfel's purity of line or color which enables him to create a truly complex portrait of Wotan that is not only refreshing to listen to, but also moving and enrapturing. Layer that with his incomparable acting abilities (I will never forget watching Terfel's grief as he held Siegmund in his hand and then the ensuing rage that builds up in him). The Wanderer/Wotan in "Siegfried" is far less complex than in "Die Walkure," but it should be no surprise to see Terfel turn in another compelling performance in this role. Hans Peter Konig and his imposing, booming voice return in the three roles of Fasolt ("Das Rheingold"), Hunding ("Die Walkure"), and Hagen ("Gotterdammerung"). He was immensely impressive in the first two operas of the cycle with the clarity and power of his gorgeous voice. This year, he adds Hagen, which is arguably the most complete and interesting of those three roles. It should truly be a treat to hear the great villain performed with the appropriate strength that is so uncommon. The wonderful Waltraude Meier returns to the Met to sing Waltraute in "Gotterdammerung" for what is likely to be an extraordinary cameo. Hearing her at the Met has become a rarity these days (she sang a brief run of Wozzeck last year). I had the pleasure of hearing her a few seasons ago step in at Barenboim's request for an unforgettable performance of her legendary Isolde. She has a truly penetrating voice coupled with assured stage presence. Meier is one of the greatest singers in the world and it is going to be a treat to see her ever briefly in this run. Jonas Kaufmann returns to his youthful Sigmund. Last year when Jonas Kaufmann sang Sigmund for the very first time at the Met he provided a rare youthfulness and flexibility. Kaufmann commands a voice that allows him great control of his pianissimo allowing him to sing delicately a trait Wagnerian singers struggle to do. Critics praised him for this delicacy as he was able to create radiance and poetry in the music  If Kaufmann sings and acts as great as he did in the last run of Die Walkure, he should easily steal the show from the lead singers. Eva Maria Westbroek reprises the role of Sigliende, a role she has been hailed for allover the world. Unfortunately when I went to see her, she only sang the first act due to illness. Its hard to judge a singer based on one act especially when Sieglinde's great moment comes in the last act of the opera. However from what she did sing, she was marvelous. Her performance was hailed by critics for her having a richly developed Sieglinde. If Westbroek adds the same intensity to her performance, it should be a joy to see her sing this role again. Stephanie Blythe returns to her acclaimed portrayal of Fricka. Last year when Blythe came out on stage she immediately froze the audience as her imposing presence and her lush voice created a distressed Fricka many hadn't heard in years. Her short roles in both Rheingold and Walkure were some of the standouts in the operas. She was hailed for her radiant voice and her effortless singing. As I stated in my Aida preview Blythe is an artist who sings with such intensity that is hard to turn away from her. The superb cast of all stars is joined by an incredible supporting cast of Wagnerians including Robert Brubaker, Eric Owens, Gerhard Siegel, Iain Patterson and Wendy Bryn Harmer,

Due to his latest injury, James Levine will not be conducting Siegfried this fall, instead being replaced by Fabio Luisi. As a result Mr. Luisi's interpretation will be recorded on the Live in HD series. Levine is scehduled to conduct Gotterdammrung and the three Ring cycles in the spring

Conclusion
The Ring Cycle will be one of the most exciting events of the year no matter what production is used.
Posted by Unknown at 8:01 PM