Anna Netrebko returns to the production that the Guardian called the Best performance of the year. 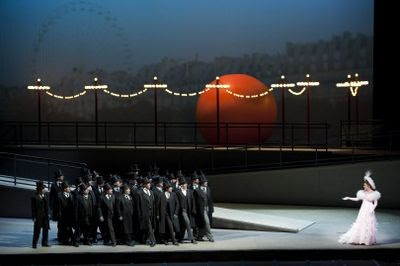 The Production
Laurent Pelly's Manon premiered in the Royal Opera House back in 2010. The production was to star Anna Netrebko and Rolando Villazon. However Villazon dropped out leaving Netrebko. Laurent Pelly's production brings the opera to France in the second Empire. When the production premiered Pelly was criticized for his harsh, abstract and sometimes dull sets. However he was praised for bringing clarity to the story. He wasn't trying to hide the human tragedy under sugar coated sets and lavish costumes. He was trying to tell the story with clarity. As the telegraph stated, Pelly's production will not appeal to those used to traditional productions. However it will impact audiences who pay close attention to character and story. 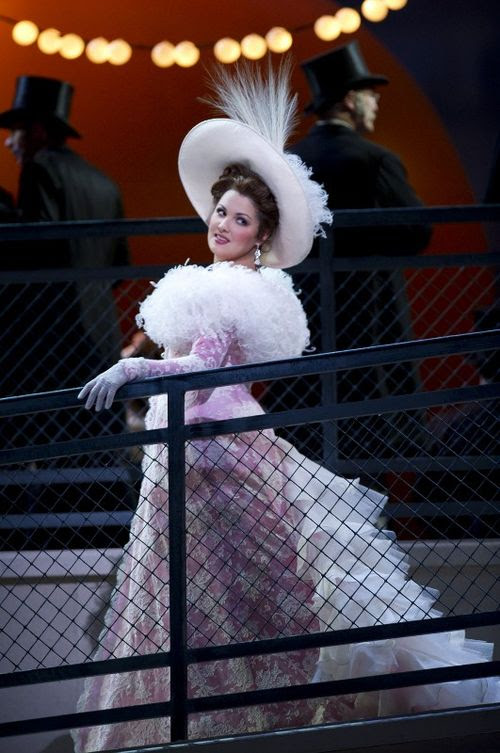 The Cast
Anna Netrebko returns to her signature role of Manon, a role she has sang to acclaim all around the world. Most already familiar with the Netrebko's DVD of Manon from Berlin will be surprised as to how much Netrebko's voice has changed. Why? Netrebko's voice is no longer as lyrical and light. Instead it is a round dark hued voice closer to a lyrico-spinto soprano which for most people is not suitable for the role of Manon anymore. However when the production premiered Netrebko received raves. She was praised for her flirtatious and dramatic facets as an actress as well as for her commanding vocal control. Critics even praised her for her stratospheric E flat at the end of her Cours-la-Reine scene. The outcome was a performance that was hailed as the best of the year by the Guardian. Celebrating her 10th anniversary at the Met, Netrebko's Manon should be one of the highlights of the year.

Piotr Beczala returns to the French repertoire after a highly successful Romeo at the Met last season. Beczala's lyric tenor is one of the most interesting voices to appear in recent times. While it is beautiful at times, his voice can also produce a strained and sometimes strident sound. The last time I saw Beczala, he succeeded in his Rodolfo in La Boheme alongside Netrebko. He created earthly pianissimos and great high notes. His acting was passable if sometimes a little restrained. Still he created a solid Rodolfo. This year Beczala makes his role house debut as Des Greiux. Beczala has been praised for his rich and classy tone. With Netrebko at his side, Beczala will be a formidable if not passionate counterpart to the reigning Diva.

Conclusion
With Fabio Luisi at the podium and Anna Netrebko in the role, the long and sometimes languid score of Manon will sore to great new depths.

This production is part of the Live in HD transmission

If you are not familiar with this opera you should probably watch the following: 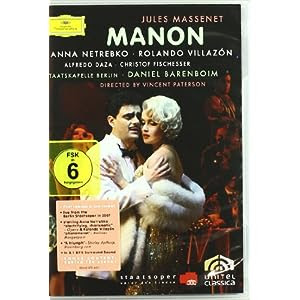 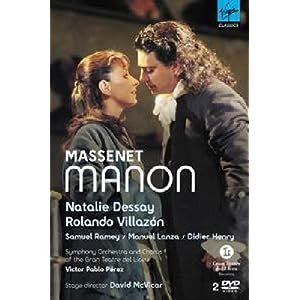 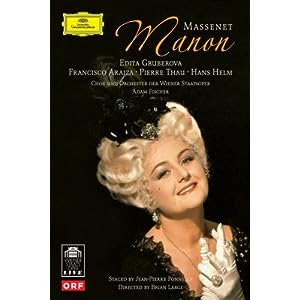