The Metropolitan Opera will open the 2013-2014 season with Anna Netrebko and Mariusz Kwiecien in Deborah Warner's acclaimed production of Eugene Onegin.

Deborah Warner's production premiered at the English National Opera to great reviews and universal praise. Critic's stated, "Warner proved conscientious in delineating character and relationships in the action and interaction of the principals." They also stated "Deborah Warner's superb production of Tchaikovsky’s masterpiece scores both visually and emotionally."The production is updated to the 19th century and according to Warner the opera is "rich and emotional."

Eugene Onegin
The Met has aligned two of the world's greatest baritones in the title role. Mariusz Kwiecien will open the season in the title role. Kwiecien known for his acting and lush voice has been hailed for his tortured and intense approach to the role. Critics stated, "Kwiecien commands the stage with his good looks, rich and resonant voice and the volatile intensity with which he throws himself into the role of the aloof Russian playboy." Peter Mattei will alternate as second cast and has also been hailed for her his interpretation in the role. Critics said, "he has one of the most beautiful lyric-baritone voices around but also real stage presence – even when having to present such an unsympathetic view of the part. He carries the final scenes with real conviction." After last years triumph in Parsifal, Mattei should easily be a one of the season's highlights.

Tatiana
Anna Netrebko and Marina Poplavskaya will both sing the role of Tatiana. The Russian sopranos are known for their interpretations in the role and their diverse singing styles. Netrebko returns to the Russian language  since her Met debut in the role of Natasha in War and Peace. She recently made her role debut as Tatiana at the Vienna State Opera and critics hailed her performance as definitive and historical. Her Tatiana is one of the most anticipated performances of the year and one that will be recorded live in HD.  Poplavskaya has also sung Tatiana to wide acclaim. However her recent turn in 2008 at the Royal Opera House was called Tame and uneven. Still critics praised her for her beautiful phrasing and acting. Her performances will also mark her return to the Russian Language at the. She also made her Met debut in Natasha. 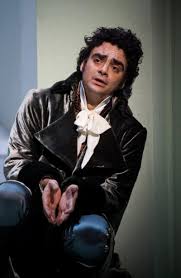 Lensky
Rolando Villazon returns to the Met since 2009. The Mexican tenor while part of the second cast is one of the most exciting artist of our time and one that many audiences are awaiting with anticipation. As Lensky, Villazon has triumphed around the world with critics stating, "his voice is so beautifully dark, that you´d almost believe him not to be a tenor." In the first cast, Polish Tenor Piotr Beczala returns to his acclaimed turn. He performed the role in 2009 where critics called his performance "impassioned" and "bright." 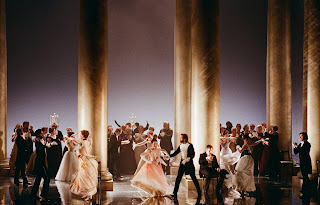 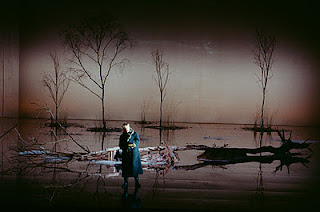