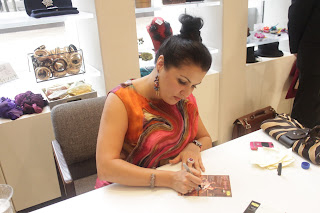 Anna Netrebko has cancelled her Carnegie Hall Debut. This is rather unfortunate as I was looking forward to being there. When I met Ms. Netrebko at the CD signing a few weeks ago, I had a brief exchange about the recital, which she seemed very excited to perform in. According to Carnegie Hall's website and Netrebko's facebook accounts:

Anna Netrebko, with great regret, has cancelled this performance. After singing seven performances of the extremely taxing title role in Donizetti's Anna Bolena at The Metropolitan Opera, she has been ordered to go on 10 days of vocal rest by her doctor.


This is not the first time this happens. Back in 2006, Netrebko cancelled her debut, stating that she did not feel completely ready as an artist to perform. If you bought tickets, you will be refunded.
Posted by David Salazar at 11:57 AM