Morris in Lehman out

It has been announced that Jay Hunter Morris, who recently took over for Gary Lehman in this month's run of Siegfried, will also step in for Lehman in January's run of Gotterdammerung. Sources say that Lehman had a viral infection that will make him unable to sing in January's performances. 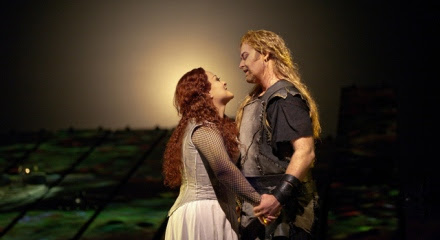 I will speculate that some of this has to do with the fact that Morris is singing Siegfried's HD performance and Lehman was supposed to sing Gotterdammerung's HD. If the Met were to release the DVD (as I am assuming they hope to do), there would be a lack of continuity in the role of Siegfried, possibly making the set difficult to market. Who do you market in the title role without favoring one over the other? Again this is PURE SPECULATION on my part, but how can someone cancel a performance for three months from now with the excuse of a viral infection. Also a coincidence that the announcement was made the day AFTER Morris triumphed in the production's premiere with rave reviews.

Nonetheless I wish Lehman the best in his recovery so that he can sing the Ring Cycles at the end of the season.