The Production
Michael Grandage makes his met debut in a highly stylized but traditional production. From the pictures Grandage's production consists of doors staked on top of each other with staircases. Grandage states "that Don Giovanni is a dark, complex individual and that Mozart takes us to a play about of life." The sets and costumes are by Christopher Oram and the lighting is by Paule Constable. More on the production when we review it.

The Cast
Mariusz Kwiecien makes his Met role debut in Don Giovanni a role he has triumphed in over the past few years. Kwiecien has a lyric voice which allows him the flexibility to sing coloratura and fast notes. However over the past years he has sung roles too heavy for his voice. Last year he return to the role of Malatesta, a role that suits him well and which he triumphed in. While the role of Don Giovanni is a bit heavy Kwiecien has proved that he is up to the challenge. When he last sang the role at the Covent Garden he was hailed for his excellent singing. In addition when he sang the role at Seatle he was hailed for commanding the stage. Kwiecien is truly a great actor who has the ability of seducing his colleagues and the audience alike. Kwiecien has the ability of becoming the next great Don Giovanni following a list of legendary singers. Gerald Finley returns to the Met after a successful Pelleas et Melisande. Finley who is well known for his Giovanni as he has sang it all over the world including at the Met in 2005. His Giovanni interpretation was just release by EMI, so this will give audiences the opportunity to see his interpretation before they go to the Met. When he sang the role last in 2005 he was hailed for his physicality and his well cultured voice. Finley will most likely be as great as he was 6 years as his voice and artistry have grown. 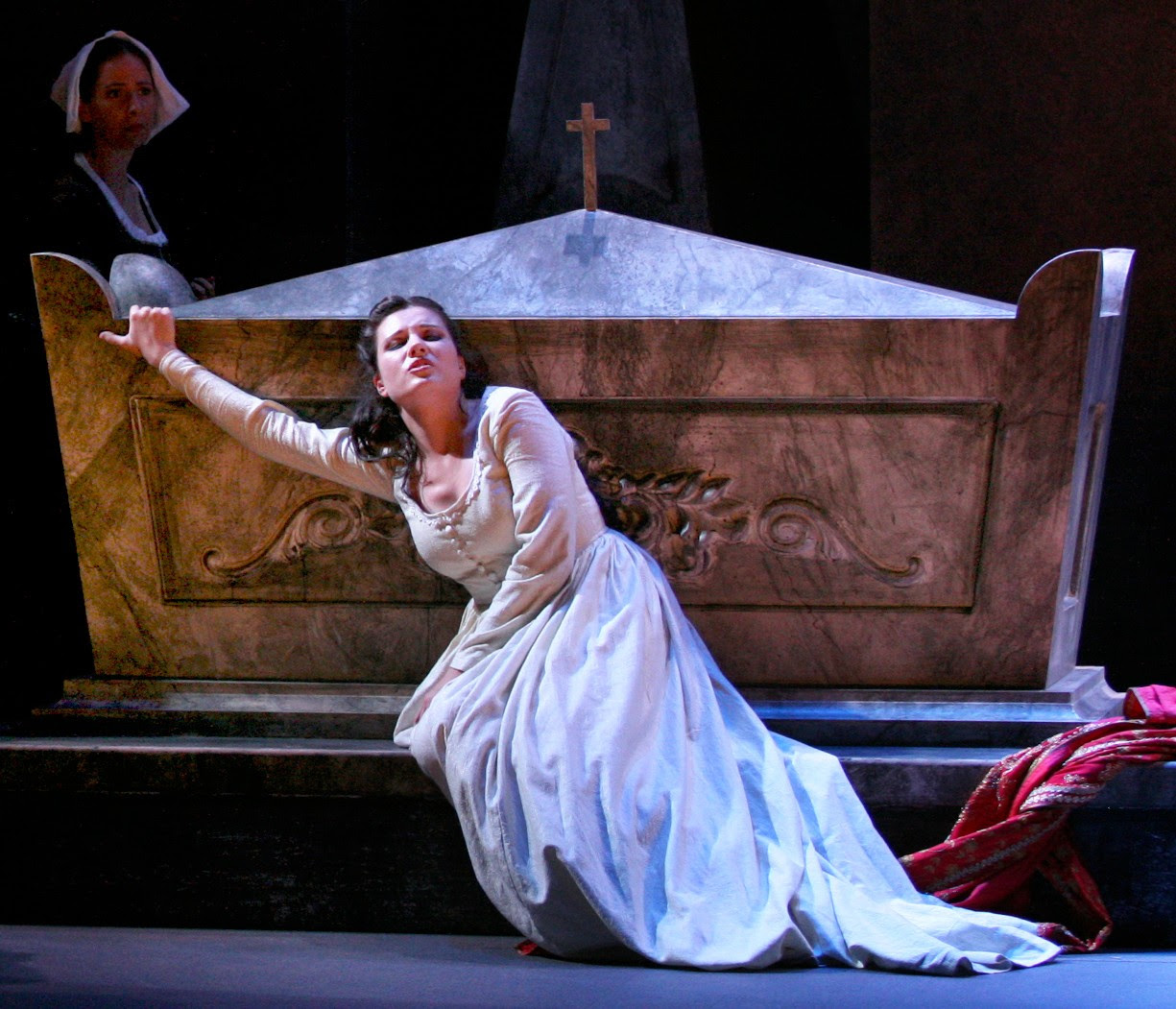 Marina Rebeka makes her Met debut in the role of Donna Anna. Rebeka has a light lyric coloratura voice that is capable of dispatching some of the hardest coloratura arias. As a result it is with no surprise that she will be suitable to Anna. I have never heard any her on stage but from recordings her voice has an amazing range with a flexibility like no other working today. We will see how she is received on the 13th of October. Barbara Frittoli returns to the role of Donna Elvira, a role she sang in 2009 at the Met when she made her role debut. Frittoli's voice in recent years has become darker and wobblier. She possesses a lyric voice that is able to produce beautiful colors. However as she reaches her high range she tends to go flat and wobble. Elvira is a heavy role that requires heft. When she made her Role debut critics became concerned that she became pitchy and harsh. In addition when I saw her she sounded nervous and her voice was unstable. However having settled into the role and two years passing, Frittoli could possibly have resolved some of the vocal issues she had when she first sang the role. Ramon Vargas and Matthew Polezani share the role of Don Ottavio. Both tenors possess lyric voices that specialize in the bel canto repertoire. However Vargas has slowly turned from the lyric repertoire to the heavier spinto roles, a choice that has weakened his voice. He stills retains the finesse and technique but his voice has become smaller and more fragile. Polenzani on the other hand has remained in the lyric repertoire and triumphing in roles such as Ernesto in Don Pasquale. His voice is more beautiful than ever and his phrasing is better than ever. Both should make for appealing Ottavios.

Luca Pisaroni, an enticing young Bass-baritone has triumphed as Leporelli all over the world. Most recently he recorded the role in Baden Baden with Rolando Villazon and he is in the EMI recording with Gerald Finley. When he sang at Glyndebourne he was hailed for his stage presence and personality. They raved about his expansive and big voice. After a series of smaller Mozart roles this should be his breakout role at the Met. Mojca Erdmann and Isabel Leonard take on the role of Zerlina. Both have specialized in Mozart and will have different take on this role. Erdmann who has been hailed in the role of Zerlina and who also recorded the role with Rolando Villazon, has a light lyric voice and a big range. In her most recent Opera News interview she states that Zerlina's arias are simple but very true and deep. "She is very honest." Leonard has already sang the role at the Met and the last time she sang it, she was hailed for her innocence, fresh and lovely singing. After having made her role debut of Rosina in the Barber of Seville this year, her voice has gained more flexibility and heft. This is should make for even more power and volume in the role of Zerlina. Both young singers should be appealing choices in the role of Zerlina. James Morris should add star power to the cast and Joshua Bloom returns to the role of Massetto.

Conclusion
A good production with a youthful cast could make for one of the most memorable evenings at the Met this year.

This is part of the live in HD performances.
Posted by Unknown at 7:29 PM