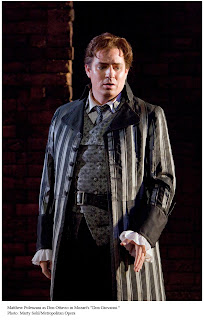 The Met has just announced that Francesco Meli will no longer sing the role of Leicester in Maria Stuarda. Matthew Polenzani who just opened the season in L'Elisir d'Amore will take over every single performance joining Joyce Didonato.

Official press center: “Matthew Polenzani will sing the role of Leicester in all performances of the Met’s new production of Donizetti’s Maria Stuarda this season, replacing Francesco Meli, who has withdrawn the role from his repertoire.”
Posted by Unknown at 1:59 PM