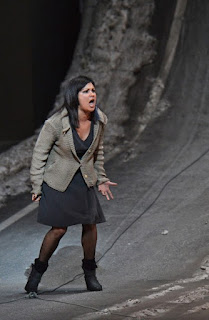 According to La Cieca from Parterre Anna Netrebko is now schedule to sing Lady Macbeth in Macbeth in Munich. Parterre is rumoring that she will sing it in 2016-2017 when she makes her role debut in Norma at the Royal Opera, however nothing confirmed. In the meantime, Netrebko's new album, the Verdi album is schedule to be released next year in January and will feature the three arias by Lady Macbeth.

Let us know what you would want!
Posted by Unknown at 5:44 PM