The Production
The last time Un Ballo in Maschera had a new production was in 1990 with Piero Faggioni's traditional production. The production was lavish with many striking images but many complained over Ulrica's lair and the fact that many of the sets were too similar. For example Renato and Gustavo's palaces were the same stage with different furniture. Twenty two years later Peter Gelb has commissioned a new production by one today's most acclaimed director's David Alden. Alden made his Met debut in 1980 as the stage director to Otto Schenk's production of Fidelio and since then became famed for his post-modern direction. For his Un Ballo in Maschera Alden has decided to bring the action to the early 20th century in a Film Noir setting. According to Alden the piece has a nightmarish quality and as a result has decided to set all the action in King Gustavo's room. Images change in the background and a painting of the fallen Icarus predominates throughout representing the fall of the king. The production designers is Paul Steinberg and the costume designer is Brigitte Reiffenstuel. It will be interesting to see how audiences respond to this concept considering it will be the first modern production of Un Ballo in Maschera at the Met. One only hopes David Alden will be as successful as he is in Europe. The HD transmission represents the third recording of Un Ballo in Maschera for the Met.

Marcelo Alvarez sings his first Gustavo at the Met. In 1998 Alvarez made his Met debut as Alfredo in La Traviata promising to be the next big superstar. He possessed a bright colored and big voice that was compared to that of Pavarotti. However when Alvarez slowly turned away from the lyric repertoire in favor of heavier and more intense repertoire, Alvarez's voice started to decline. This was seen through his lack of phrasing, his loss of color and arid voice as well as his constant pushing. The peak of this decline was heard through last years performances of Aida. Critics were not ecstatic calling his voice shaky and stating that he almost cracked a couple of times. They also observed that his phrasing was choppy and that he was under powered. Alvarez returns to a lyric role with Gustavo, a role he has sung all over the world. However recently like his Radames, the role has not been a success. Of his 2008 recording critics stated that he lacks the power and authority to truly put across the big moments that stand and that his voice is too small at times, and even in the lighter, comic music, he comes across as goofy more than endearingly light-hearted. After a couple of disappointing HD's and performances at the Met, his Gustavo will be a an unpredictable affair that could easily be forgettable. Marcelo Alvarez's Gustavo marks his third appearance in the Live in HD series.

Dimitri Hvorostovsky reprises his acclaimed interpretation of Renato. Hvorostovsky who made his Met debut in 1995 has grown to become one of the leading Verdi baritones. His suave silvery voice, expression and acting have brought some of the most memorable opera moments in recent times. However Hvorostovsky has also been known for taking on some heavy roles not well suited for his voice and sometimes the sounds can turn shrill and forced. For example in Il Trovatore while his aria "Il Balen" was passionately sung, he was unable to sing through his cabaletta, duos and trios due to the massive orchestration and his lack of breath control.
This year Hvorostovsky returns to one his more acclaimed roles, Renato which he made sensation in 2007. Critics raved about his complex portrayal and stated that he nearly stole the show from the leads. Critics also praised him for making Renato's character sympathetic and intense. Of Renato's famous aria "Eri Tu" critics stated that he sang with elegance and beauty.  If Hvorostovsky brings back the same power and intensity, he should be one of the major reasons to see this production and will be a joy to relive once it is recorded on HD. Un Ballo in Maschera marks his fifth HD performance and his fourth Verdi in HD.

Sondra Radvanovsky brings her acclaimed interpretation of Amelia to the Met. Radvanovsky who made her Met debut in 1996 as the Countess Ceprano in Rigoletto took over the role after Karita Mattila announced that she had retired Amelia from her repertoire. Radvanovsky is one of today's most unpredictable singers as she has the tendency to sing out of tune at one moment and at another sing gloriously. Take for example her Trovatore which is one of her most acclaimed roles. While she sings her arias with incredible phrases and beauty, her ensembles and duos are often sloppy and out of tune. I don't know if it because she is unable to mesh with her cast mates but most of the times these passages detract from her performances. Radvanovsky made her role debut as Amelia in 2010 in the Lyric opera of Chicago and reviews were ecstatic. Critics called her interpretation showstopping and moving. They stated that the role was perfect for her voice as she has perfectly rich tones needed and high and low C's. They also stated that she easily connects with the role and brings dramatic weight. As I stated you never know what to expect from Radvanovsky but if her role debut is any indication of what she can do in the role than Radvanovsky may just be the Amelia the Met has been waiting for. Un Ballo in Maschera marks Sondra Radvanovsky's second HD performance. 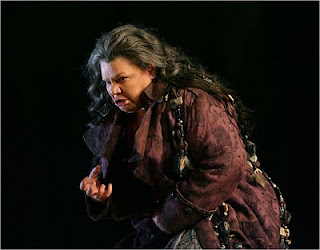 Dolora Zajick opens the David Alden production reprising her acclaimed Ulrica. Zajick who made her Met debut as Azucena in Il Trovatore in 1988, first sang the role of Ulrica in 1995 but never returned to it. Ever since Zajick has become the leading Verdi mezzo singing every major mezzo role including Amneris and Azucena which she also sings this season. Zajick is a consummate performer bringing intensity and warmth to everyone of her roles. This year for example Zajick brought a complex rendition of the Azucena bringing both insanity but also tenderness through smooth phrases. She also brought a combination of anguish and  rage to some of her biggest moments including "Stride la Vampa" and her piercing moment "Il Figlio mio." While Ulrica is a less demanding role, Zajick will definitely bring a multi-faceted interpretation. It is a shame that Ms. Zajick's interpretation will not be recorded for HD, but those who are able to see her in the role will definitely get to see one of the greatest Mezzo's alive.

Stephanie Blythe reprises her groundbreaking Ulrica. Blythe who made her Met debut on 1995 as the voice in Parsifal has become one of the leading Mezzo sopranos in the world. Her repertoire is large and diverse making her voice flexible, yet powerful and moving. When Blythe sang the role of Ulrica in 2007 critics and audiences went wild. They stated that her Ulrica was dynamite and that it was a shame that she only lasts one act. Others stated that her interpretation was aggressive but did not fall into the insane trap. Instead she was a woman of control. In 2010 when she reprised the role alongside Radvanosvky in Chicago her success continued. Critics were ecstatic about her voluminous voice, her sound, range and compelling stage presence. This year when she sings the role at the Met, Blythe's intense interpretation will be recorded and preserved for history through the Met's HD and will certainly be one of the highlights in this season. Ulrica marks her 6th role on the HD transmission. 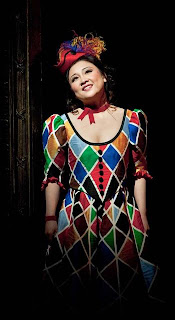 Kathleen Kim reprises the role of the page Oscar. Having made her Met debut in 2007 in Barbarina in Le Nozze di Figaro, Kim didn't get her breakout until 2009 when she sang the role of Olympia in Les Contes d'Hoffman. Critics raved about her flexibility,  her high notes, and her charisma. They also raved about her accuracy, bright tone and pitch. Kim first sang Oscar in 2007 at the Met and later reprised the role at the Lyric Opera of Chicago. Critics once again praised her for the flexibility in her voice and her acting. As one of the rising stars in opera, Kim's Oscar will most likely be energetic and provide some comic touches to the tragedy of the opera. The role of Oscar will mark Kim's third HD appearance at the Met. 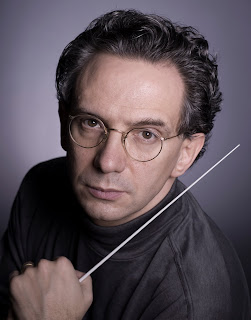 Fabio Luisi brings his finesse to Verdi's complex score. Luisi who made his Met debut 2005 had one of the busiest season last year as he was assigned as Principal Conductor of the Met and had to take over all of James Levine's assignments. He conducted 7 operas and in April he conducted 20 performances, a Met record. As a conductor Luisi is very precise and fine. His music making is sometimes interesting and stylish and he is known for his swift tempos. However his music making sometimes suffers due to those tempi as it sometimes feels rushed and lacking in intensity. As a result critics have noted that he is uninteresting and boring to listen too. Such was the case in his performances of Manon. While he brought fast moving tempos and energy to the work, his tempos took away from the urgency and drama and as the financial times stated he kept the "emotions taut". While this could have been a case of fatigue, Luisi will have a slew of assignments this year at the Met. Un Ballo in Maschera will be one of the most interesting works he conducts as it will be interesting to see if he can combine Verdi's music energetic and intense. It will be interesting to see how Luisi copes with the work and how critics react to his conducting. Un Ballo in Maschera marks his seventh Live in HD appearance.

The Following represent some of my favorite recordings of Un Ballo in Maschera. The first one is from the Met with Pavarotti at his prime with Katia Ricciarelli, Judith Blegen, and Louis Quilico. Guiseppe Patane conducts a spirited performance. The second one is from Salzburg with Placido Domingo in the title role under George Solti. Josephine Barstow, Sumi Jo and Leo Nucci join the all star cast. The third while not in my top is one that people should watch to see Marcelo Alvarez's interpretation. Violeta Urmana brings her spirited musicality to the role of Amelia with Elena Zarmenba in the role of Ulrica. The fourth recording from RCA brings an all star cast featuring Leontyne Price, Carlo Bergonzi, Shirley Verrett, Robert Merrill and Reri Grist. Erich Leinsdorf conducts. The fifth recording is yet another DVD from Met with Pavarotti, Aprille Millo in her prime, Leo Nucci and Florence Quivar. James Levine conducts Pierro Faggioni's legendary production. The sixth recording features Placido Domingo, Kata Ricciarelli, Renato Bruson and Edita Gruberova. Claudio Abbado conducts. My favorite of all is the Maria Callas and Giuseppe di Stefano recording with Tito Gobbi and Fedora Barbieri. The recording is a treasure and it provides some of the definitive interpretations.